Lighting transformers are, just as the name implies, transformers that are specifically utilized to work with lighting. They are typically referred to as dimmer switches. By using the ability of a transformer to alter the voltage going through a circuit, a light can be made brighter or dimmer.

According to Networks of Power: Electrification in Western Society, 1880-1930, by Thomas Park Hughes, the Ganz factory, located in Budapest, Hungary, started manufacturing equipment for electric lighting in homes around the year 1878. There were numerous different designs of dimmer switches introduced in the following years, but most of them suffered from flaws related to them being very primitive and early incarnations of these devices.

The initial lighting transformer were primarily designed to make it possible to transform voltage down to levels that were appropriate for household lighting. As the technology developed, however, lighting transformers became more sophisticated and able to scale voltage back or turn it up to make lights dimmer or brighter.

Lighting transformers are used in a variety of different applications, not just for brightening and dimming lights. Essentially, because they do allow the voltage across a line to be varied, they can used for any number of applications where voltage does have to be changed a bit to accommodate various devices.

In practical usage, dimmer switches are sometimes utilized to provide a more pleasant level of light or, if the homeowner prefers, to lower the power of the light when they are away so that there is still light when they get home but so that the lighting doesn’t consume a great deal of energy. 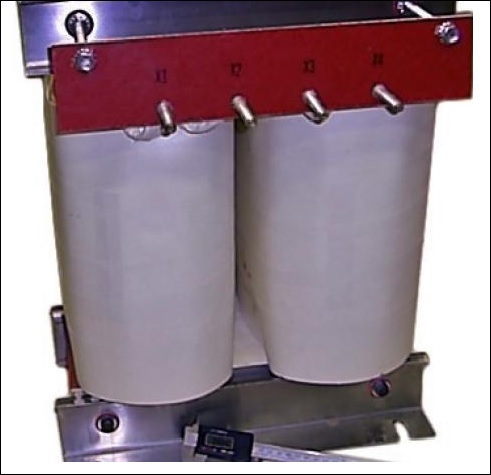 Electronic Transformer are designed for low-voltage applications. These do have some advantages over other types of transformers. They typically operate at lower temperatures and are more compact. These transformers are limited to 300 W of power. This gives them far less power handling capacity than magnetic transformers. Some of these types of transformers incorporate semiconductors into their designs, and many of them alter the load on the leading or trailing edge of the AC power cycle of the power supply to which the lighting is attached.

Isolation Transformer separate one circuit from another. They are typically used in applications where sensitive equipment needs to be isolated from a potentially dangerous amount of voltage or current traveling across a primary power source. These types of transformers may be used in lighting applications where there is a very high voltage line involved and where the low-voltage circuit needs to be adequately separated for safety purposes.

Magnetic Transformer rely upon the relationship between magnetism and electricity to transform voltage and current. By inducing a magnetic field in the secondary coil, an electrical current is induced in the coil. The number of windings determine the amount of voltage in the secondary coil. On a variable transformer, the brush is used in place of a permanent secondary coil. This creates a transformer where infinite variation in the voltage going across the lighting load is possible. These types of transformers have been in use for a very long time and, over that time, they have become very advanced and efficient.

Several different dimming methods are employed in lighting transformers. It’s important to remember that not all of these dimming methods actually have to do with the function of a transformer. Some of them have to do with shutting the light off on the leading edge or the trailing edge of the AC power cycle. In such cases, the voltage – or current – is not being transformed in any way, as is the function of a transformer. In those cases, the load of the light is merely being reduced, resulting in a lesser amount of lighting being provided for the room.

Inductive dimming is not commonly used in household applications. Inductive dimmers are installed on the secondary side of a transformer.

Leading edge dimmers are also referred to as resistive dimmers. These sets of dimmers shorten the AC cycle at the leading edge of the input. This is where the term ”leading edge” comes from. These are very common dimmers and are used in many households. These are rated by wattage, with 1000 Watts being the highest commonly available variation of these particular dimmers.

The depth of the transformer refers to that dimension of the device that dictates how far it needs to be sunk into a wall or how high off the surface it will project. Generally, transformers that can handle larger voltages will have a larger size to them, as well. This will generally be specified on the schematics, making it easier for electrical engineers to decide upon which parts they need.

Again, this merely refers to the diameter of transformer in the physical sense of the term. The transformer obviously has to be of a diameter appropriate for the application.

Just as is the case with load, many transformers have a minimum operating frequency at which they must function. If they do not operate at least at this frequency, they will not operate properly at all. Most lighting transformers are designed to work within the realistic boundaries of household electrical supplies, so there is no real reason to worry about whether or not the minimum operating frequency will be achieved. In other applications, it may be a concern.

Just as is the case with all other electrical components, transformers have a minimum temperature at which they can be expected to operate properly. If this minimum temperature is not maintained, the device may not operate in a predictable fashion or it may not operate at all. Excessively low temperatures may actually cause damage to the device. In situations where cold temperatures are issues, transformers are typically installed in areas where the climate can be controlled and where they can be prevented from coming to harm due to excessively low temperatures.