The on-load tap-changer has to provide uninterrupted current flow during the transition operation from one tap to the other. The current flow must be maintained uninterrupted without partial short-circuiting of the tapped winding. 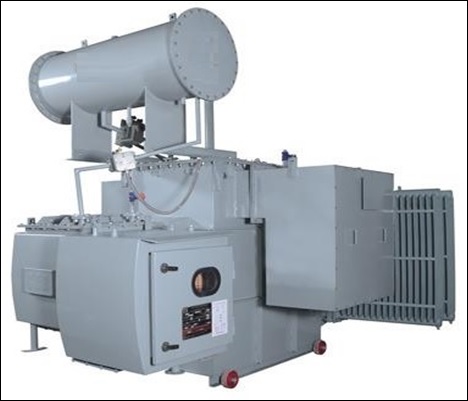 The operation of an on-load tap-changer can be understood by two identifiable functions.

It implies a switching device that transfers the throughput power from one tap of the transformer to an adjacent one. During this operation the two taps will be connected through fitted transition impedance. In this phase the two taps will share the load current.

Thereafter the connection to the former tap will be interrupted and the load has been transferred to the new tap. The device that performs this switching is called diverter switch.

The connections to the two taps that involve the diverter switch are maybe transferred one position along the series of physical taps of the regulating winding for each operation. This is the tap selector function. The tap selection is conducted without any current rupture.

A rather important improvement of tap-changers resulted from the invention of the fast acting flip-flop diverter switch, named the Jantzen principle after the inventor. The Jantzen principle imply that the switch contacts are spring-loaded and they flip over from one position to a new with only a very short interval of connection between the two taps and through transition resistor.

An alternative to the principle with fast acting switching sequence and resistors is to use reactor. In a reactor type tap-changer it is instead more difficult to break the circulative reactive current and this will rather limit step voltages but it will works well at relatively high currents.